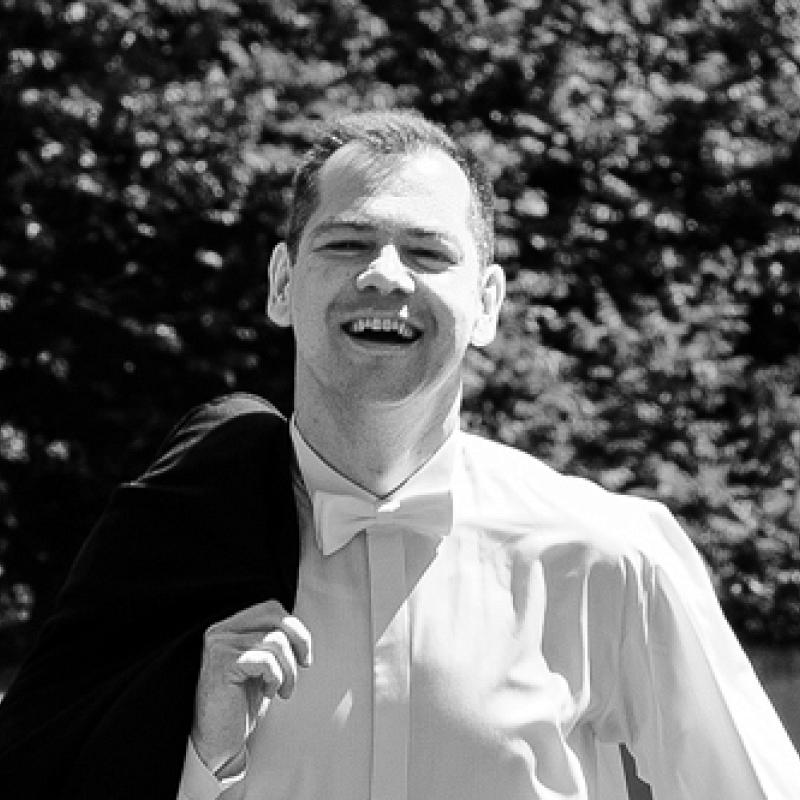 He is a graduate of the Feliks Nowowiejski Academy of Music in Bydgoszcz. Since 2001, he is a soloist at the Castle Opera in Szczecin. He performed numerous solo roles. He received the Srebrna Ostroga (Silver Spur) Award in 2003 - a special award of the Society of Friends of Szczecin for an outstanding young theatre artist. He participated in the CD recording of three operas by S. Moniuszko, Paria, The Raftsman and Verbum nobile, which were recorded and issued by DUX. The recording of Verbum nobile has won the prestigious International Classical Music Awards 2013 in the category of opera. He performed numerous solo roles. He was nominated for the Amber Ring Award in the category of the actor of the season twice.