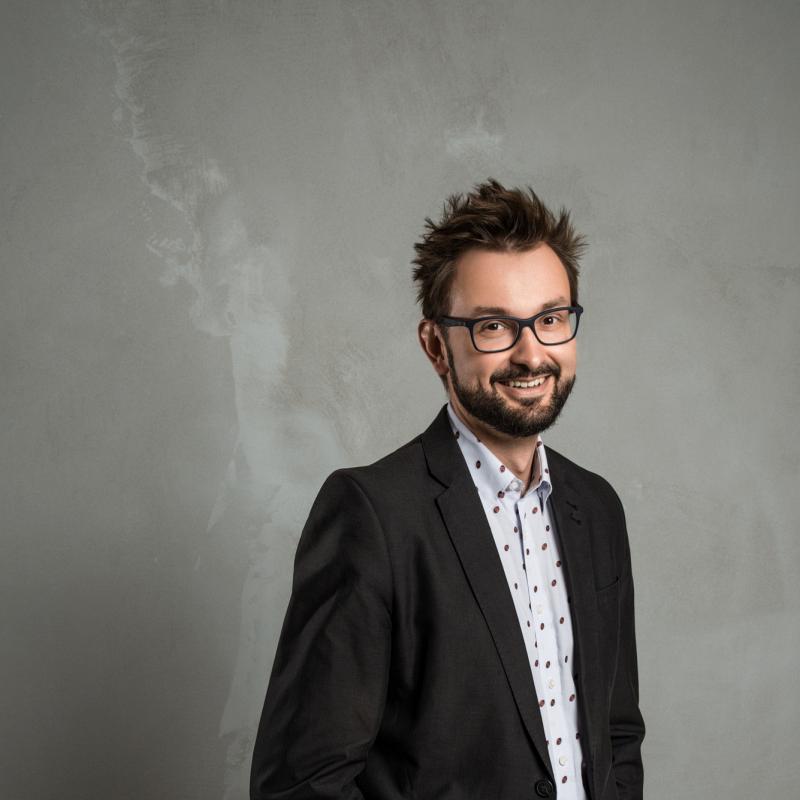 A graduate of the F. Chopin Academy of Music in Warsaw. In 2010  he was a finalist of the International Competition for Young Opera Conductors in Spoleto. From 2006 to 2013 he worked at the Opera Nova in Bydgoszcz. Since 2013 he has been associated with the Opera at the Castle in Szczecin. He has been the music director of the premiere ballet performances: The Cells to the music of Lutosławski, The Story of Sin to the music of Karłowicz, Alice in Wonderland by Zych, Witch-hunt by Marston, The Nutcracker by Tchaikovsky, a chamber opera for children The Most Incredible Thing by Kornowicz, Countess Maritza operetta by Kálmán, the musical Crazy for You by Gershwin brothers, the opera Così fan tutte by Mozart, The Trial by Glass as well as the chamber opera The Turn of the Screw by Britten that was awarded with the Jan Kiepura Music Theatre Award for Best Show in 2016 in Poland.