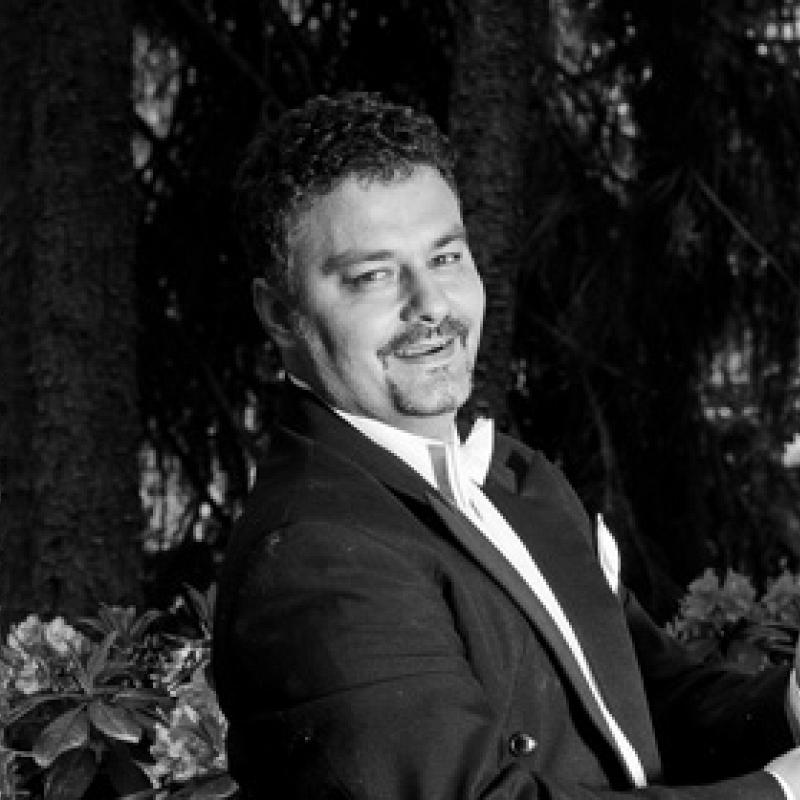 A graduate of the Mathematics and Physics Department at the University of Szczecin and the II Degree National Music School in the singing class of Iwona Górewicz. He also learnt singing from his father Bernard Zgorzelski. He is a laureate of II Franciszka Platówna National Vocal Competition in Wrocław, I Pomeranian Competition of Polish Song in Bydgoszcz and a winner of VIII Grand Tenor Tournament in Szczecin. He has taken part in numerous vocal courses under the supervision of well-known professors of vocal performance, such as R. Karczykowski and W. Maciejowski. Since 1995 he has been a soloist of the Opera at the Castle in Szczecin. He has cooperated with the National Philharmonic Hall in Warsaw, Sinfonietta in Toruń, Lower Silesia Philharmonic Hall, Cracow Opera and Teatr Wielki ? National Opera in Warsaw.