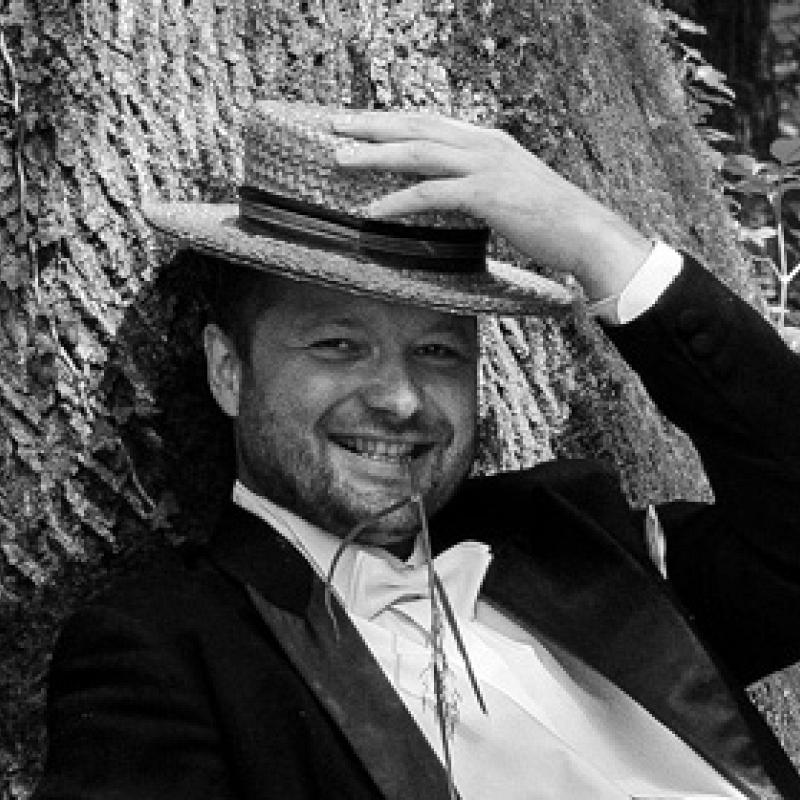 He graduated from Music Academy in Bydgoszcz supervised by Marek Moździerz. He has participated in many master vocal courses, conducted, among others, by H. Łazarska, U. Mitręga-Wagner, P. Tschaplik, M. di Marco. Since 2003 he has performed in the Opera at the Castle in Szczecin. In his repertoire he has opera, operetta and musical parts, for example: Count in The Marriage of Figaro and Papageno in The Magic Flute of W.A. Mozart, Janusz in Halka by S. Moniuszko, Silvio in Clowns by R. Leoncavallo, Morales, Dancairo in Carmen by G. Bizet, Count Tomski in The Queen of Spades by P. Tchaikovsky and Agamemnon in La belle Helene by J. Offenbach.